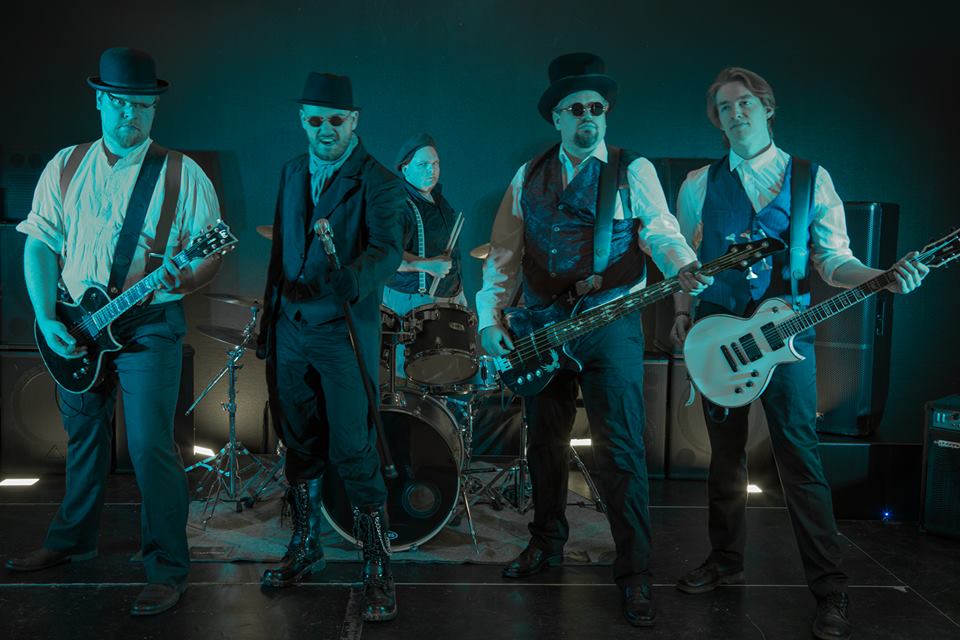 Requinox is an pompous powermetal band from Norway with the most powerful riffs and epic melodies you could possibly imagine. The band delivers edgy, melodic hardrock and metal at its best. Musically they focus on heavy riffs and melodies inspired by historical events, that engage the audience in an experience which brings out energy and massive feelings from the listeners. Requinox was established in 2010. They have received great attention for their live shows since then and have always been wanted back from the promoters. They have played several venues in Norway, Sweden, Austria and Latvia.
As a help to promote the band, the vocalist founded an organization called “Rockealliansen”(Rockalliance) in Norway. Today that is an official organization that includes several bands that cooperate, share experiences and the manager is booking many venues throughout the year. Two venues have been successfully arranged at John Dee in Oslo, with Requinox as the headline artist.

In 2012 Requinox started their tour in Latvia, and they were bookedright away to return for 3 more gigs later that year, including headlining Fontaine Palace in Liepaja. Most of the year went to record and EP and their first full-length album. They recorded both at Niss Studios in Oslo. In the process they spent a lot of time working with Rockalliance, helping other bands getting concerts and reach more audience. On the 21th of December 2012 the band released the album, “Through the Eyes of the Dead”. They had a release-party in Oslo the same day, which sold out the venue with several guest artists appearing on stage.

Their new album will be released in 2018.